0bootstrap generates a native package that installs a 0install launcher.

This program is not ready for use yet.

Normally, a launcher is created by passing its name (a URI) to the 0desktop command (or "Add New Program"). This downloads the appropriate feeds, their icons - if available, and makes a shortcut (creates a launcher, a .desktop file).

However, it is sometimes useful to bundle such a launcher and its icon together in a .deb package (for example), so that it can be installed on machines that don't have Zero Install available initially - by using the standard native package installation procedure.

0bootstrap takes the URI of a program and creates a native package; currently the .deb and .rpm package formats are supported by the tool.

Programs launched using these packages are added to the Zero Install cache and are therefore still shared between users, and will get updates over the web where possible.

Open the file with your file manager, or run gdebi-gtk edit.deb in a terminal: 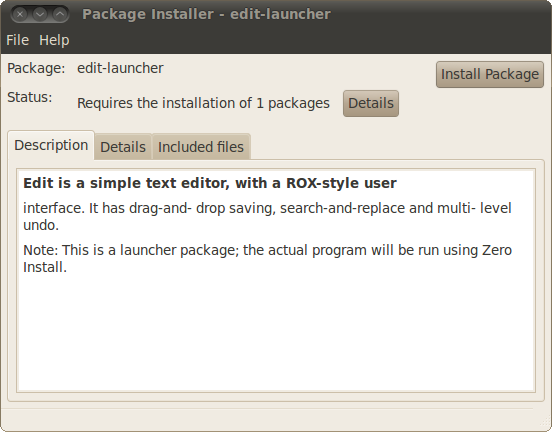 The package will require Zero Install in order to install, as seen in the Details view: 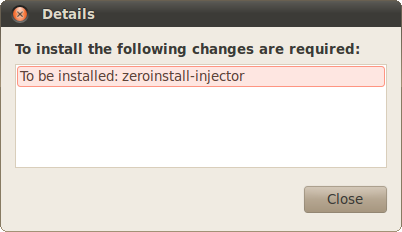 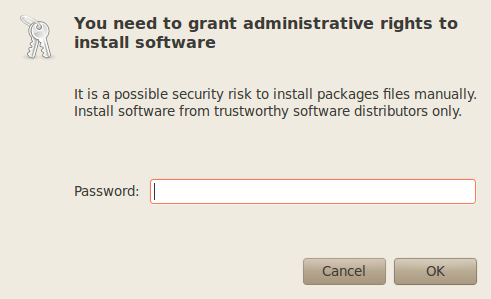 The installation will add the program to your menus.

This program is not yet released.

You can download 0bootstrap and create a short-cut to it in the usual way:

Before the program is released, you need to run it from the source repository:

Creating a package for your program¶

Run 0bootstrap, passing in the package format and the name (URI) of the main program. For example, to create an Ubuntu package for Edit:

The resulting edit.deb package can now be installed on a Ubuntu machine.

What about security?
Installing a package isn't a great way to make a shortcut. The normal Zero Install process of dragging a feed link to a trusted installation program is much better. However, distributions have been very slow to support this. 0bootstrap is an attempt to boot-strap the adoption process. The native package is required to work with the operating system's package installation tools, and can be automatically created by a web service given the feed's URI.